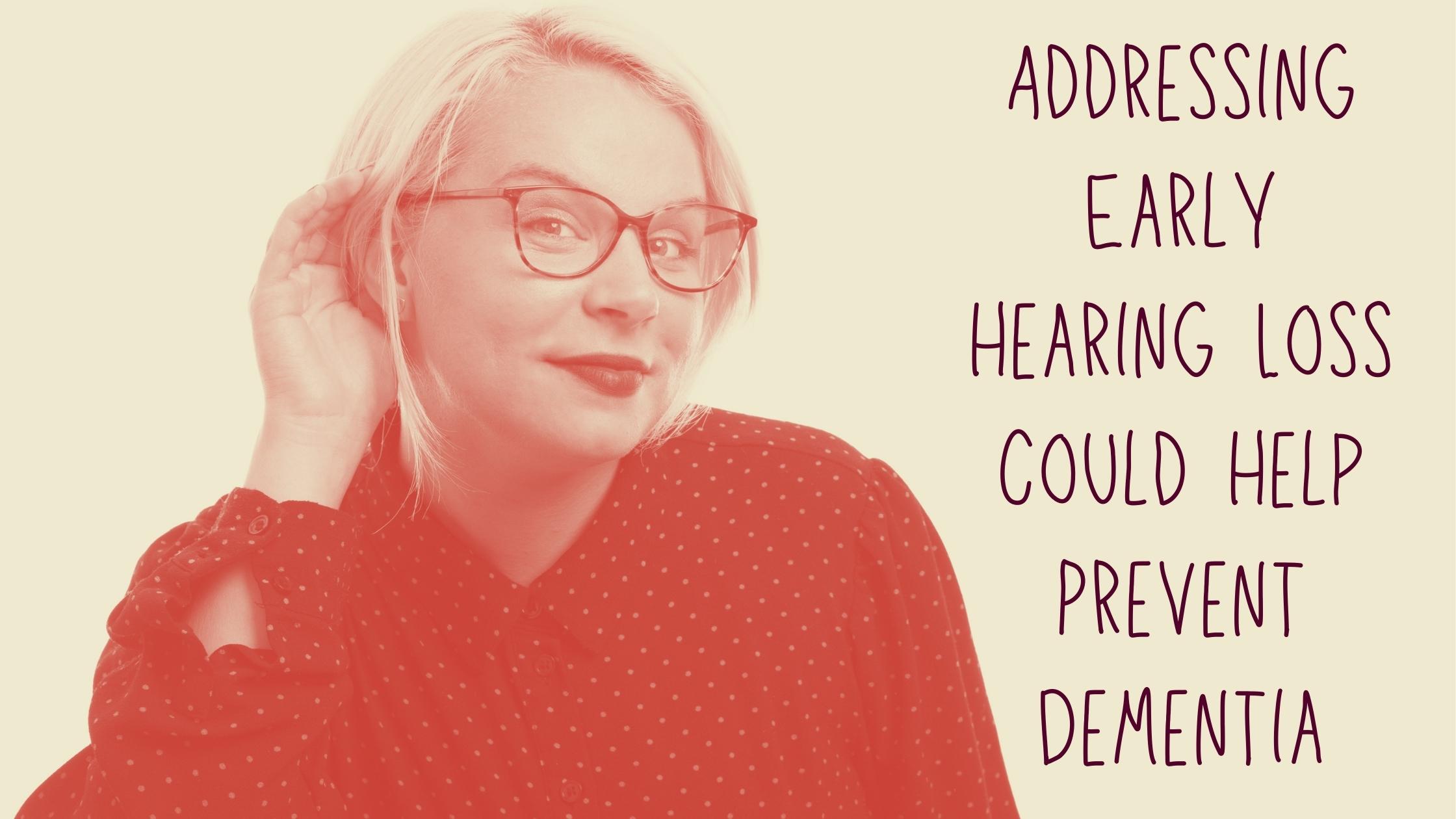 Our world has become progressively louder over time. Post-Industrial Revolution life is considerably louder than the innumerable centuries before which formed the ear and hearing sense humans now have. Concerts are noisier, machinery in construction is more abrasive and even the average volume of restaurants has increased. These phenomena and others in the past decades, inventions now ubiquitous like headphones, have brought an increased risk of hearing loss in younger people.

And it’s showing up in the research. Scientists from the Ohio State University happened upon study results that determined untreated hearing loss in young people might lead to a stronger instance of dementia later in life.

Finding a link between young people’s hearing loss and dementia was not the preliminary course charted by the Ohio State study designers. Initially, the study intended to look at brain activity between processing simple sentence structures and those more difficult. Through comparison, the researchers would evaluate cognitive effort. Instead, an unexpected occurrence became apparent to them: Many of their participants demonstrated some hearing loss and the ways in which they cognitively listened showed up very differently from their counterparts with healthy hearing.

Science has long proven that older adults process hearing differently than younger people. The young adult participants with healthy hearing had cognitive patterns expected in their demographic, doing most of their cognitive listening activity in the left hemisphere of the brain. What was alarming was that the young adults with hearing loss were processing listening activity in the right and left hemispheres of the brain, a pattern typically only associated with people over 50 years of age.

Hearing and the brain

While many of us associate only the ear with our sense of hearing, so much of what we consider hearing actually happens in our brain. The ear is an important center for receiving information, housing the sensitive and fine nerve cells of the inner ear. That information is then sent from the inner ear to the brain via the auditory nerve. In the brain, the sound information is translated into language comprehension.

The link between hearing loss and dementia

As hearing health deteriorates, more energy is demanded in the cognitive process, enlisting additional brain resources. Hence, older adults automatically recruit the aid of the right hemisphere to assist in processing language. There is some concern that these resources are being unnecessarily depleted too early in young people with hearing loss, which will increase the likelihood of dementia. Or, as lead researcher Yune Lee explains, “Hearing loss, even minor deficits, can take a toll in young people — they’re using cognitive resources that could be preserved until much later in life.”

If you are young, you can intervene in your own hearing health by thinking about prevention. As the old adage goes, prevention is better than cure. Keep an eye on the volume levels of your personal devices and consider investing in a pair of earplugs for loud concerts. If you engage in a hobby or profession that exposes you to continuous loud noises, like factory or construction work, pick up a pair of protective headphones.

It isn’t demonstrated by research, in part due to a lack of study on the topic, if hearing aids can absolutely reverse the risk of dementia when intervening in hearing loss. However, most people find an enhancement of their hearing experience when they do choose to treat hearing loss. Anecdotally, we can say for certain that hearing aids do make listening feel less effortful. We also know that when communication burdens are alleviated, people with hearing loss are more likely to engage in the social activities that keep our brains young and healthy.

If you are concerned about your hearing health at any age, contact us today. We can schedule a simple hearing test to determine your level of hearing loss, if any. Then, together we will determine any interventions or treatments that might be right for you.