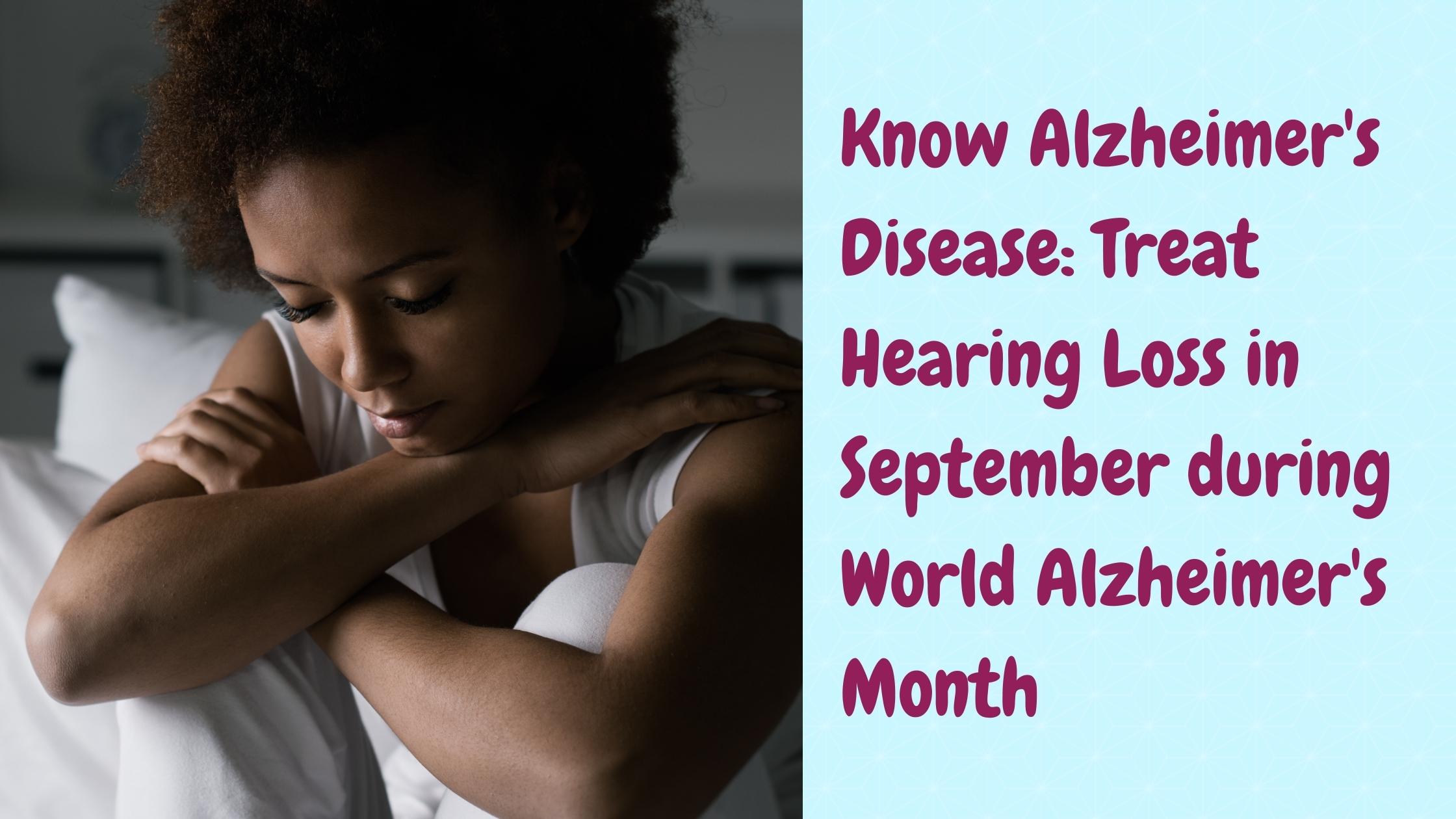 September is World Alzheimer’s Month! A global campaign, this year’s theme is Know Dementia, Know Alzheimer’s. Dementia is an umbrella term that encompasses numerous medical conditions that are characterized by cognitive decline. 50 million people live with dementia worldwide, a figure that is projected to rapidly rise. The most common type of dementia is Alzheimer’s, accounting for up to 70% of all cases of dementia according to the World Health Organization. Treating hearing loss can decrease the risk of experiencing cognitive decline and developing conditions including Alzheimer’s!

Alzheimer’s is a condition that progressively reduces cognitive functions including decision making, memory, communication, and learning. Early stages of Alzheimer’s typically include forgetfulness and losing track of time. This gradually escalates into more severe forms of memory loss, difficulty completing tasks, and navigating conversations. People experiencing later stages of Alzheimer’s may require assistance with daily living. Alzheimer’s can take a toll on one’s personality and behavior, creating various challenges for the individual as well as loved ones.

According to the Alzheimer’s Association, 6.2 million people in the U.S. have Alzheimer’s. This is expected to increase to 12.7 million people by 2050. Because specific causes for Alzheimer’s remain unknown, there is significant emphasis on identifying and mitigating risk factors. Growing research examines what can contribute to cognitive decline and ways to effectively intervene. Various studies highlight a correlation between hearing loss and cognitive decline and reveal that treating hearing loss is beneficial for brain health!

Extensive research shows that hearing loss happens in both the ears and brain. Hearing loss’s impact on the brain can contribute to cognitive decline. Two significant studies that highlight this includes:

These effects impact neural networks and pathways which can weaken these specific areas, contributing to declining cognitive function.

These significant statistics not only show a correlation, but also reveal that the degree of impairment can substantially increase the risk of cognitive decline.

There are effective ways that hearing loss is treated which alleviates symptoms and maximizes hearing capacity. The most common treatment is hearing aids, electronic devices that detect, amplify, and process sound. This provides significant support for the ears and brain, making it easier to hear and understand speech as well as sound. Hearing aids offer countless benefits: enhanced communication, improves relationships, and enriches social life. Additionally, research shows that hearing aids strengthen cognitive functions, reducing the risk of cognitive decline. This includes the following studies:

You can participate in World Alzheimer’s Month by scheduling an appointment for a hearing test! Taking this simple step prioritizes your hearing health and offers life-changing benefits that improve brain health as well as quality of life!